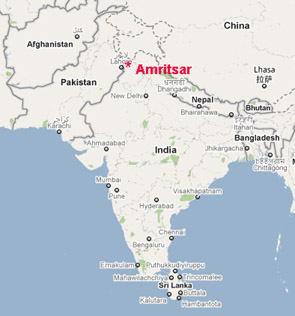 Bakersfield’s newest Sister City affiliation is with Amritsar, the Holy City of the Sikh religion, in India. Amritsar—whose name translates as “The Pool of the Nectar of Immortality”—is located in the northwestern part of India, near the border with Pakistan, and is the administrative headquarters of Amritsar District in the state of Punjab, India. The city has a population of more than 1,500,000, according to the 2001 Indian census, with nearly 3,700,000 in the enntire district. The main commercial activities include tourism, carpets and fabrics, farm produce, handicrafts, service trades and light engineering.

Amritsar is home to Harmandir Sahib, also known as the Golden Temple, the spiritual and cultural center of the Sikh religion. This important Sikh shrine attracts more visitors than the Taj Mahal in Agra and is the number one destination for non-resident-Indians in the whole of India. 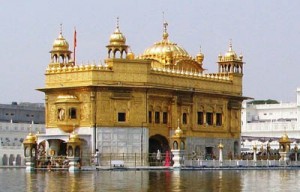 This Memorandum was the culmination of more than four years of efforts on the part of Bakersfield Sister City, the local Sikh and Punjabi community, and Mayor Harvey L. Hall. Twice representatives of Sister City and Mayor Hall visited Amritsar, while Mayor Malik of Amritsar also visited Bakersfield in 2008 and the Deputy Mayor Randahwa and Sister City Committee Chair Rupinder Kaur visited Bakersfield in December 2009. During these preliminary visits, representatives of both cities worked out the details of what this sister city affiliation will involve. With the local support of many members of the Sikh and Punjabi community residing in Kern County, we have every confidence that this newest sister city relationship has been forged with the same goals as our earlier affiliations, and in the true spirit of the Sister Cities International mission—“To promote peace through mutual respect, understanding, & cooperation — one individual, one community at a time.”

To learn more about Amritsar, please visit the city’s official website at: http://www.amritsar.nic.in/

For more information on this relationship contact Amritsar chair Nazar Kooner at: nazarkooner@yahoo.com