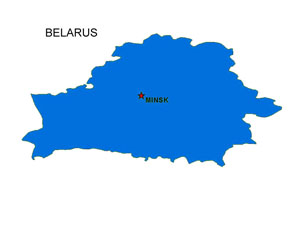 The Partisan District of Minsk is one of seven districts which comprise the whole of the City of Minsk. Minsk is a major cultural, educational, and artistic center. It encompasses approximately 62 square miles and has a population of approximately 2,000,000 people.

Bakersfield’s relationship with this city began with a 1992 visit by Steve Schnitzler to Minsk, where he met Dr. Vladimir Kavyzin. Dr. Kavyzin expressed an interest in establishing a Sister City relationship with Bakersfield. In April 1993, BSCPC board members Jim Caswell and George Ogden visited Minsk, to explore the idea. In September of that year, Ludmilla Koryagin, a school principal, and Olga Scrygan, a teacher, both from the Partisan District of Minsk, arrived in Bakersfield for a month-long visit. The City of Bakersfield approved a Sister City relationship with the Partisan District of Minsk, Belarus in June 1994 (Resolution 81-94). In October, Mayor Mikhail Matusevich, Vice-Mayor Buko Stanislav and Dr. Kavyzin came to Bakersfield, where an interim agreement was signed. In May 1995, Mayor Bob Price and Sister City President Cathi Chrisco led a delegation of Bakersfield officials and citizens to Minsk for the Celebrations commemorating the 50th Anniversary of the end of World War II. During their visit, a final Sister City affiliation agreement was signed by Mayor Price and Mayor Matusevich. 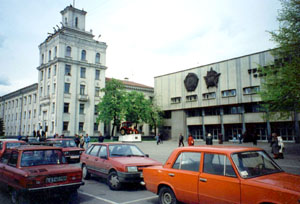 In April 1996, Mr. Kenneth Yalowitz, the U.S. ambassador to Belarus, served as the keynote speaker at the California Sister Cities Conference that was hosted by Bakersfield Sister City. One highlight of that conference was a live IRC (internet) chat between Bakersfield students and students in Minsk.

Other exchanges with Minsk have included a visit and performance by 14-year old pianist Maxim Kubrak in June 1994, and a visit to Bakersfield by Minsk city officials in May 1998 to help the city celebrate its centennial. In addition, from December 9, 1998 to January 4, 1999, Bakersfield families opened their homes during the Holiday Season to 23 adults and 5 adults from Minsk. This was followed by a June 1999 visit to Minsk by a group of Fruitvale Junior High students and adult chaperones. Perhaps because of the current political climate in Belarus, since this visit there have been no more exchanges, and the relationship is currently inactive.

Additional information on Minsk, Belarus can be found at the city’s website: http://www.minsk.gov.by/en/

If you are interested in helping to revive this relationship, please contact Dr. Stanley Clark at [email protected]